Last June, the renewed website, evpa.fi, which serves as the pre-booking system for border-crossing freight transport, was relaunched. The operational principle of the service is that all drivers of lorries intending to cross the border will book a time slot for the border crossing in advance or register for the virtual live-queue. By making this reservation, the driver will be informed of the hourly time slot on a certain day for the border crossing.

The service aims at spreading traffic volumes over a longer time period during the day, in order to avoid long queues at the border crossing point, even at peak hours. The system enables smoother traffic flow and improves traffic safety. The service does not affect the volume of traffic crossing the border.

Bookings can be made over the internet, by phone or at the self-service terminal located in the Vaalimaa freight transport waiting area. Self-service terminals can also be found at Teboil Rajahovi and in the Port of Kotka. The service is free of charge and mandatory for all.

The pre-booking service for border-crossing traffic is a trial, launched in December 2014. The system provider is GoSwift Suomi. A corresponding pre-booking system is also used at the Russian borders in Estonia and Lithuania. 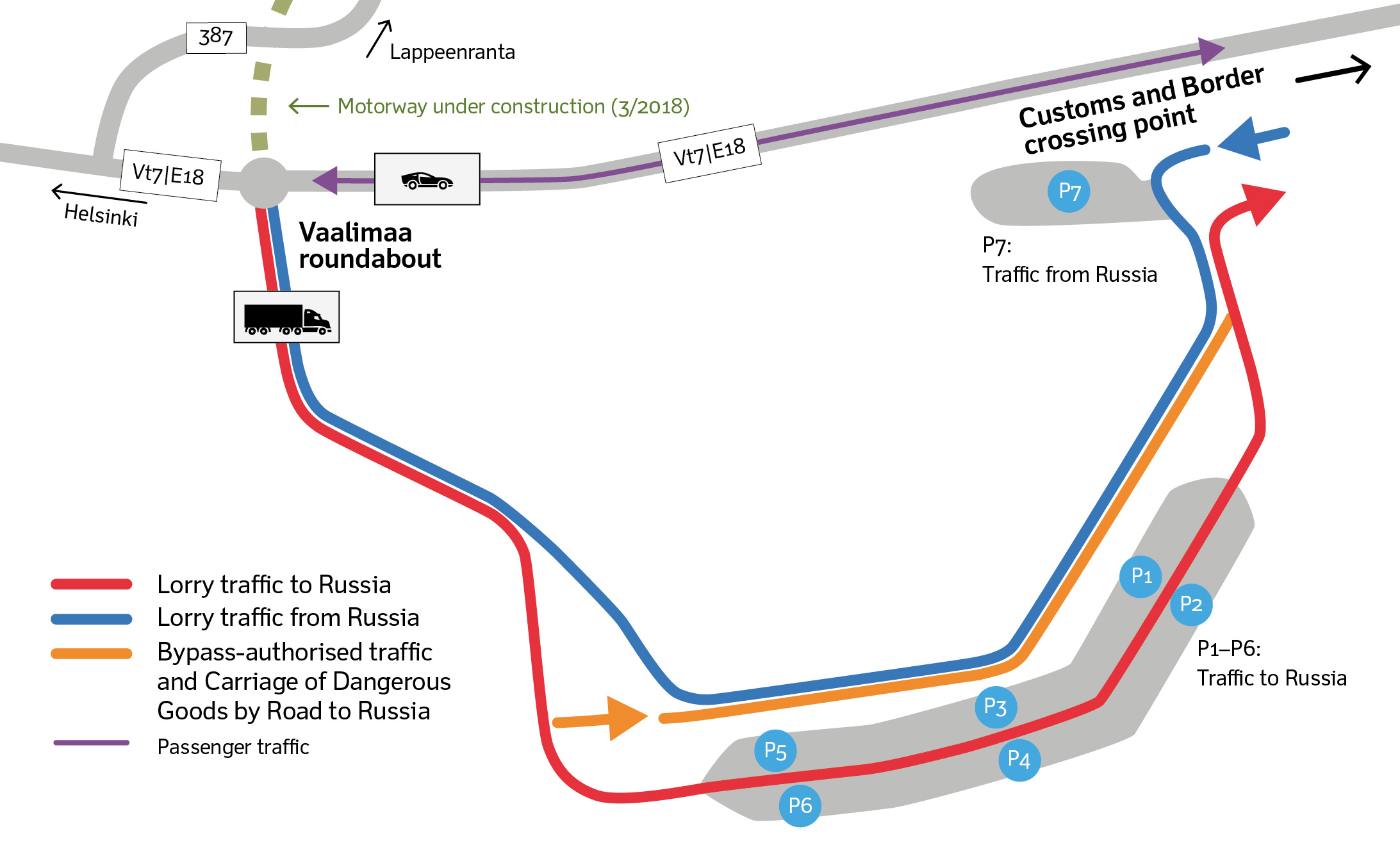