Automated road transport refers to, for example, the driverless robot cars of the future, which will be able to mix with other traffic. 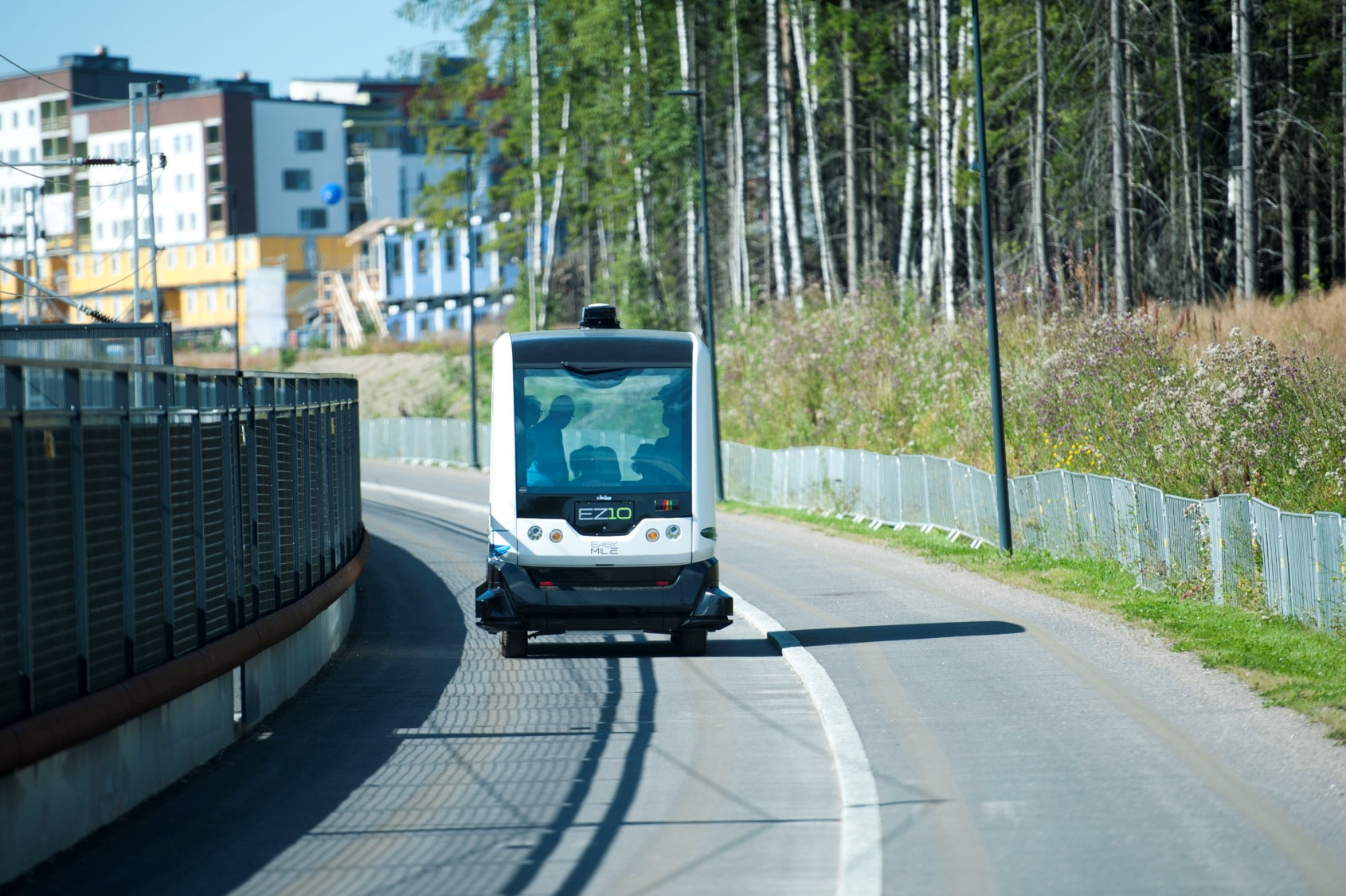 Thanks to automation, mobility can become even safer in the future, as human errors in traffic can be eliminated. Technologies are rapidly developing and projects related to automated road transport are carried out all over the world, including Finland. For example, in Helsinki, Tampere and Espoo, robot buses were tested in 2016 and 2017. In these types of projects, the Finnish Transport Agency has the role of both expert and financer.

In order for us to fully utilise automated road transport, this must be feasible under Finnish conditions. Through international collaboration, the Finnish Transport Agency strives to ensure that Arctic conditions are taken into account in the development of technologies and services related to automated vehicles. The Finnish Transport Agency has launched the Aurora project, aimed at testing in Arctic conditions. In this project, tests involving automated infrastructure, devices and different types of services are carried out in Fell Lapland.

In road transport, automation is progressing in a variety of ways towards fully autonomous robot cars. The car industry is developing automation by gradually increasing the number of driver back-up systems and by raising the level of vehicle automation step-by-step. Google aims for faster progress by introducing high automation cars intended for urban regions. In public transport all around the world, a multitude of trials are carried out especially on automated urban buses. In freight transport, truck platooning, where only the first lorry in the convoy has a driver, is being further developed.

Fully autonomous transport, which means that no driver is needed under any conditions, may be feasible in a few decades. There are already partly automated vehicles on the market and in traffic. Among other things, cruise control adapting to the movements of the vehicle ahead is already a familiar feature and a practical example of the steps being taken towards automation.