The 335-kilometre long railway section between Seinäjoki and Oulu is one of Finland's busiest railway lines. The majority of the railway traffic between Southern and Northern Finland uses this railway, which is part of the Trans-European Rail Network (TEN). From a societal perspective, the Seinäjoki–Oulu project is both significant and profitable.

The improved railway connection creates new opportunities for land use and business activities in the area between Seinäjoki and Oulu. Shorter travel times bring the regional and national centres closer to each other. This is advantageous for all of Ostrobothnia, especially the regions with a station.

Within the scope of the project, old sections of railway were repaired and new sections were built. A total of 335 kilometres of track were renovated, of which 105 kilometres comprised new sections with double tracks.  Improvements were made to 29 traffic operating points. All railway passenger stations that were improved during the project are accessible. Three new traffic operating points were built in Riijärvi, Tikkaperä and Ahonpää. New railway passenger stations were opened in Kempele and in Härmä.

All level crossings, a total of 105, were eliminated between Seinäjoki and Oulu. The eliminated level crossings have been replaced with safer underpasses and overpasses. Double tracks were built between South Seinäjoki and Lapua, as well as between Kokkola and Ylivieska. The project also involved changing the building material of 15 bridges crossing watercourses from steel to reinforced concrete. The safety devices and railway electrification system were improved upon along the whole section. 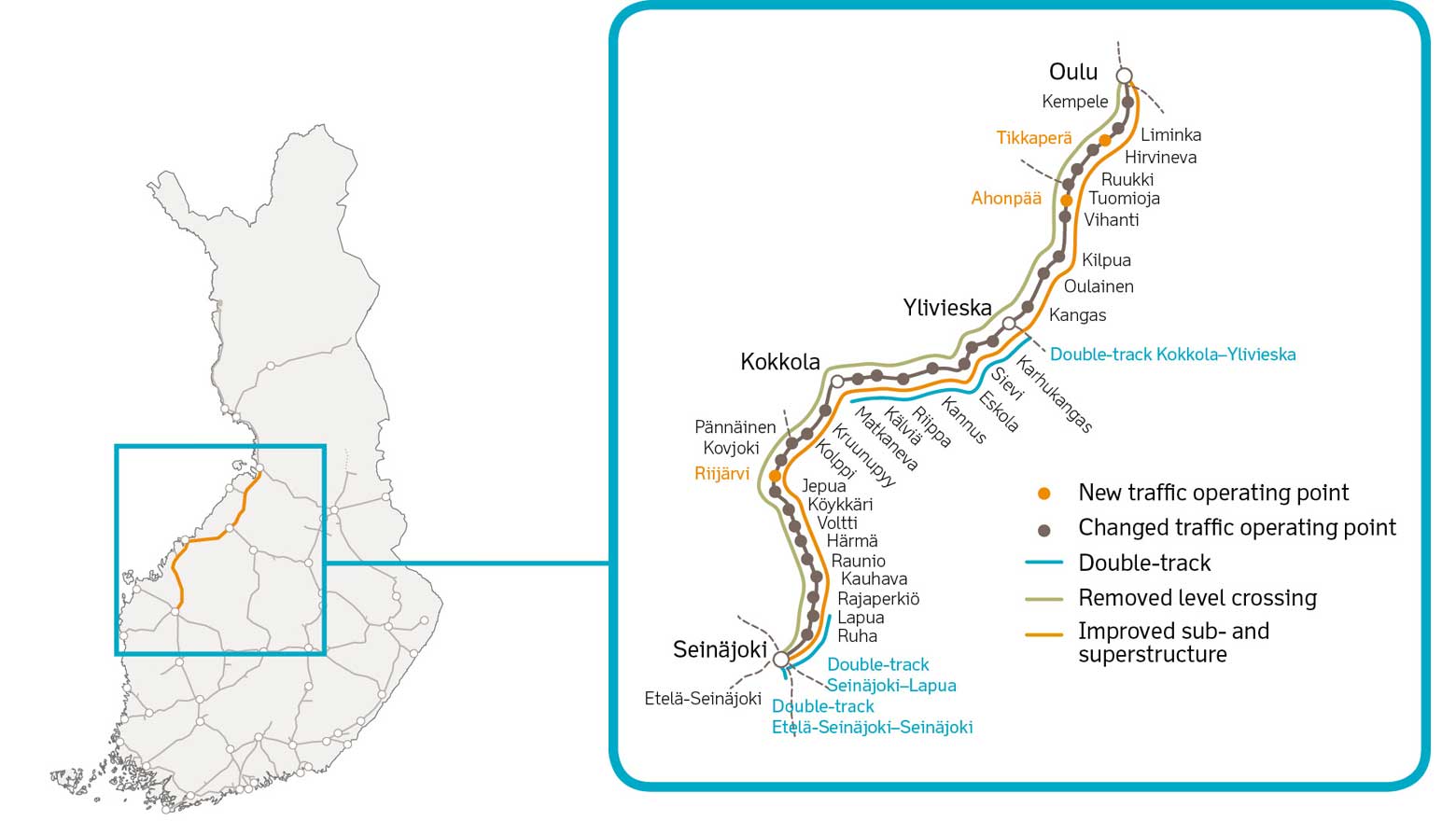