The Finnish Transport Infrastructure Agency acts as a coordinator in six infrastructure development projects at the border crossing points of Raja-Jooseppi, Vartius, Parikkala, Imatra, Vainikkala and Vaalimaa funded jointly by the European Union and Finland. The projects will be implemented between 2019 and 2022. 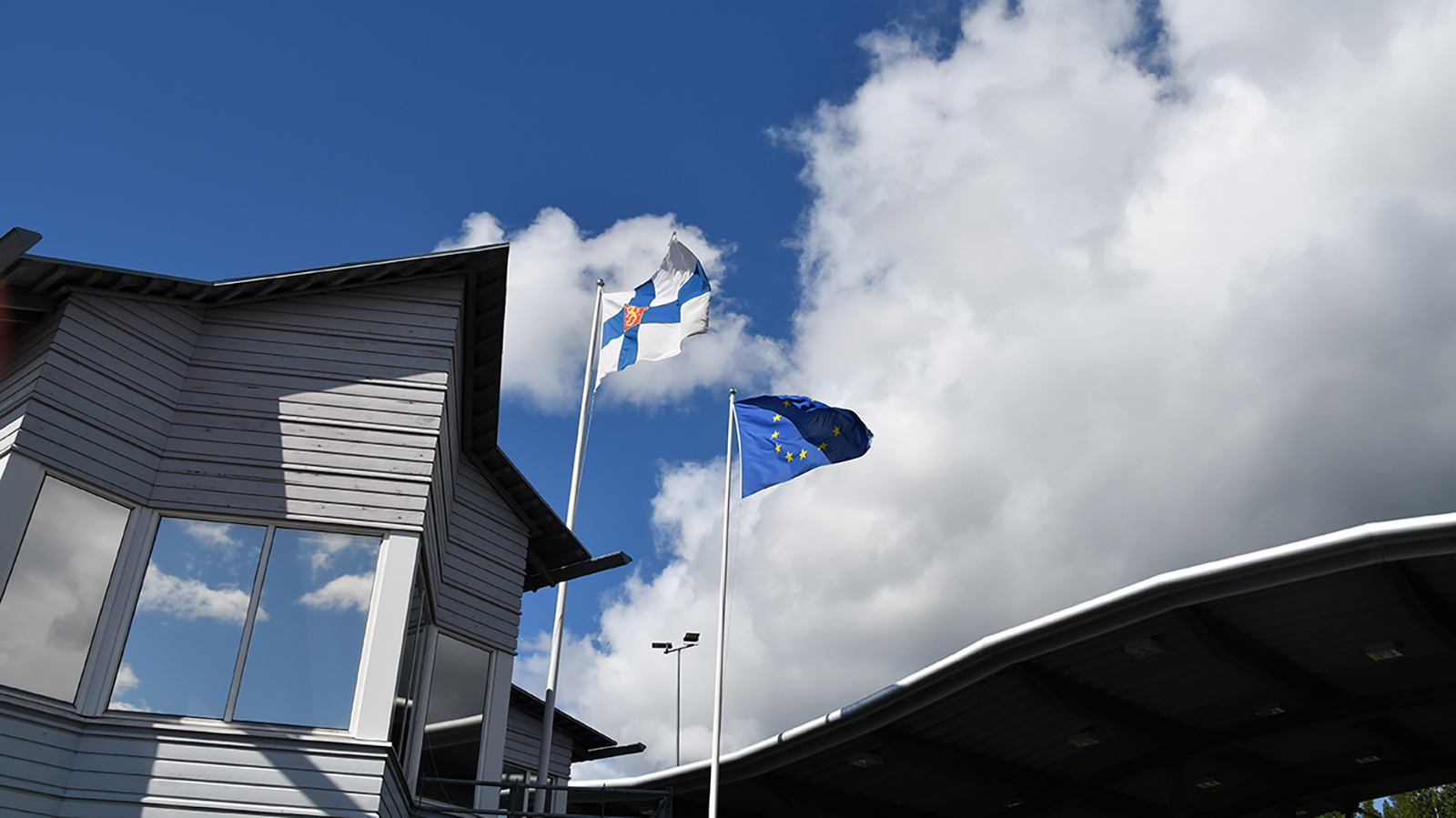 The Kolarctic CBC, the Karelia CBC and the Southeast Finland – Russia CBC are cross-border cooperation programmes aimed at increasing the appeal of the involved regions and developing project activities at EU’s external borders. The programmes are funded by the European Union and Finland.

The FTIA acts as the coordinator in a group of partners committed in the projects, other members being the Customs, the Finnish Boarder Guard, the Radiation and Nuclear Safety Authority, Senate Properties, the regional ELY Centres (Centre for Economic Development, Transport and the Environment) and Fintraffic. The projects are part of the European Neighbourhood Instrument Cross-Border Cooperation (ENI CBC) programme. 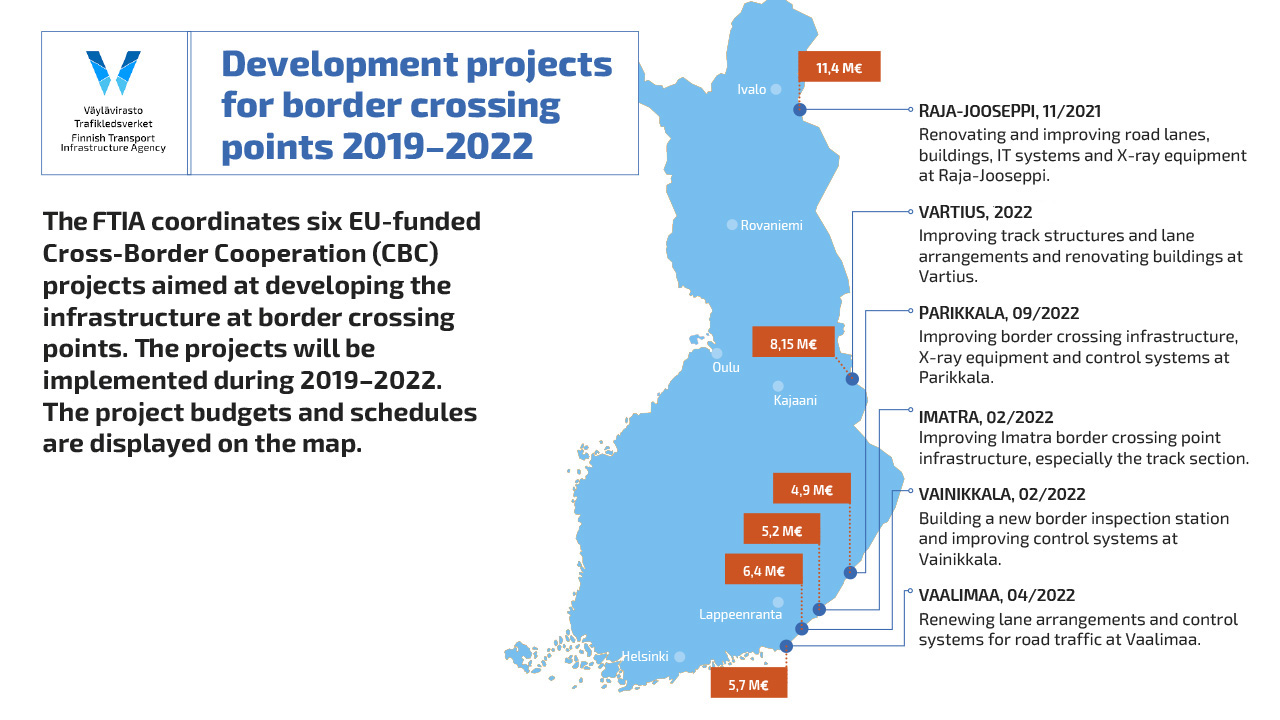 The main strategic objectives of the ENI CBC cooperation are