The plan is to build a causeway between Riutunkari in Oulu and Huikku on Hailuoto Island. The causeway will replace the current ferry service. The causeway will be approximately 8.4 kilometres long, and it will consist of a road running on top of an embankment and long bridges in Huikku and Riutunkari. The causeway will make Hailuoto more easily accessible nationally and regionally, enable better passenger and goods transport links to the island and local businesses, and widen the area where Hailuoto residents can look for work

Basic information of the project

Hailuoto is located approximately 50 kilometres from Oulu, and it is the largest island in the Bothnian Bay. The distance between the island and the mainland is approximately seven kilometres. Hailuoto is a municipality in its own right and the only archipelagic municipality in Northern Ostrobothnia. There is currently a ferry service between Riutunkari in Oulu and Huikku on Hailuoto. 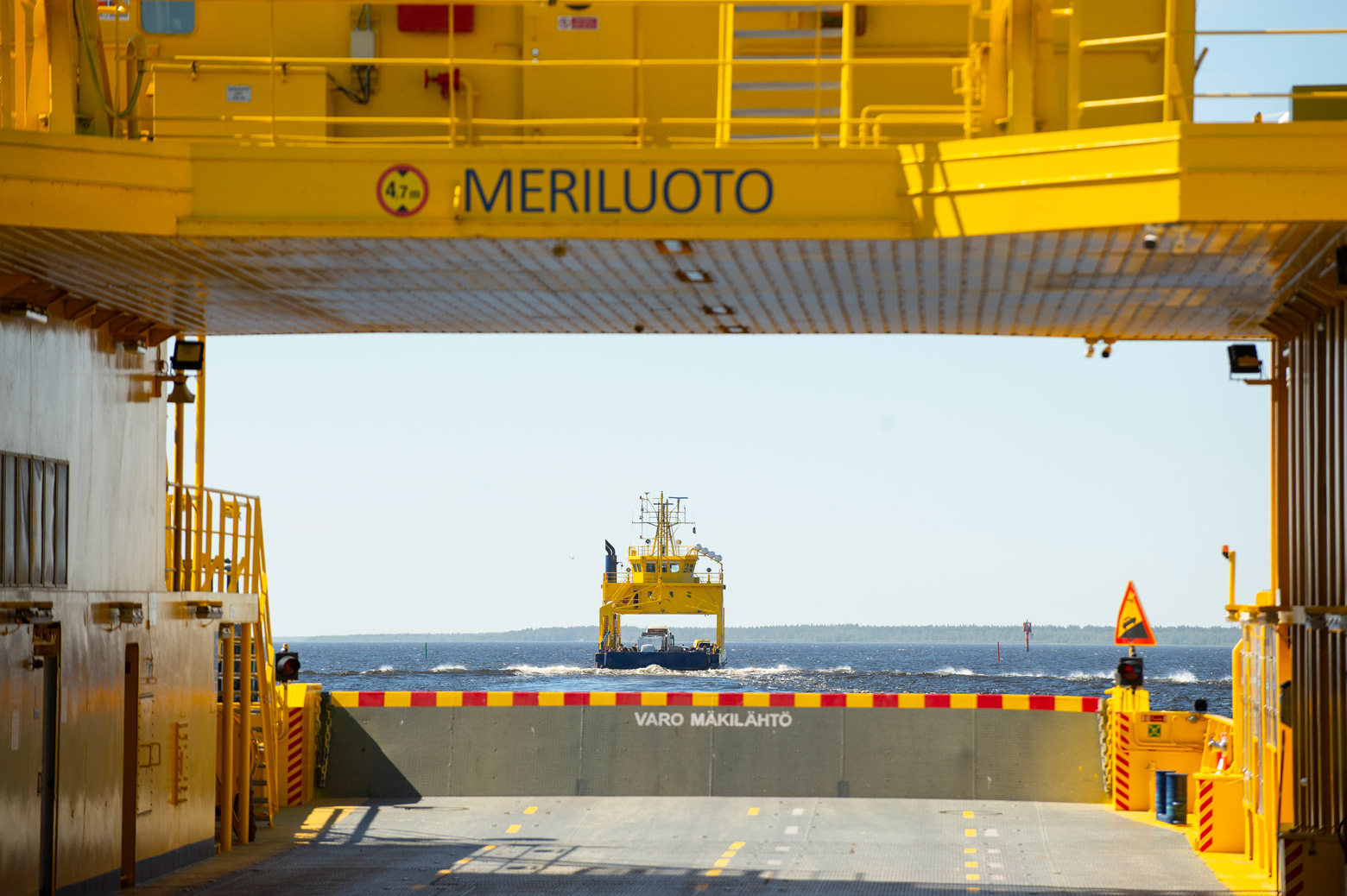 Hailuoto is accessed by a regional road (No 816), which begins in Kempele, passes through Oulunsalo and the municipal centre of Hailuoto and ends in the western part of Hailuoto in Marjaniemi. The route also includes a 6.9-kilometre ferry crossing, which takes approximately 25 minutes. Depending on ice conditions, the road manager also maintains an ice road between the island and the mainland in the winter. Approximately 60% of journeys originating on Hailuoto are estimated to have Oulu as their destination.

The ferry schedule and lack of night-time transport make Hailuoto less accessible than the rest of the region. The ferry service is not meeting its economic objectives, and its annual operating and maintenance costs amount to approximately EUR 6 million. Continuing to operate the ferry service would require investments in new ferries and more services over the next few years.

Objectives and benefits of the causeway

The causeway will improve Hailuoto’s national and regional accessibility and make travelling to Hailuoto easier. It will enable better passenger and goods transport links to the island and local businesses. The causeway will also widen the area where Hailuoto residents can look for work.

The causeway will make Hailuoto equal with other municipalities in the Oulu region in terms of transport. The planned capacity of the causeway is also able to accommodate a considerably greater increase in transport volumes than forecast. The causeway enables meeting the objectives set for private and public transport, logistics and pedestrian and bicycle traffic.

The project is implemented using an alliance model. The chosen alliance partner group, Hailuoto GAP, consists of GRK Infra as the constructor and AFRY Finland, Plaana and Ponvia as the designers.

The Finnish Transport Infrastructure Agency began preparing the project as a PPP project in 2018, but it could not be put to competitive tender, since a complaint against the project’s water permit was filed with the Vaasa Administrative Court in March 2020. In December 2020, the Finnish Parliament decided that the Hailuoto causeway will not be implemented as a PPP project but as a budget based project.

The appeal against the project's water permit decision is still in process in Vaasa Administrative Court. The advantage of the alliance model is that the waiting period can be used to prepare the project together with the alliance partner.

Impacts of the project

The aim has been to design the causeway to fit in with its surroundings as well as possible. A wide range of new environmental surveys and flow modelling were carried out and previous studies consulted during the planning process. The area’s vulnerable ecosystem has been taken into account in the designs. The challenging sea conditions were also factored into the structural solutions.

Costs of the causeway

The authorization given to the project by the Finnish Parliament is EUR 96 million.

Profitability of the project

The project is socioeconomically viable. The benefit-cost ratio of the project (1.64) over a period of 30 years is positive, ie the money invested in the project is returned to society through the benefits achieved.