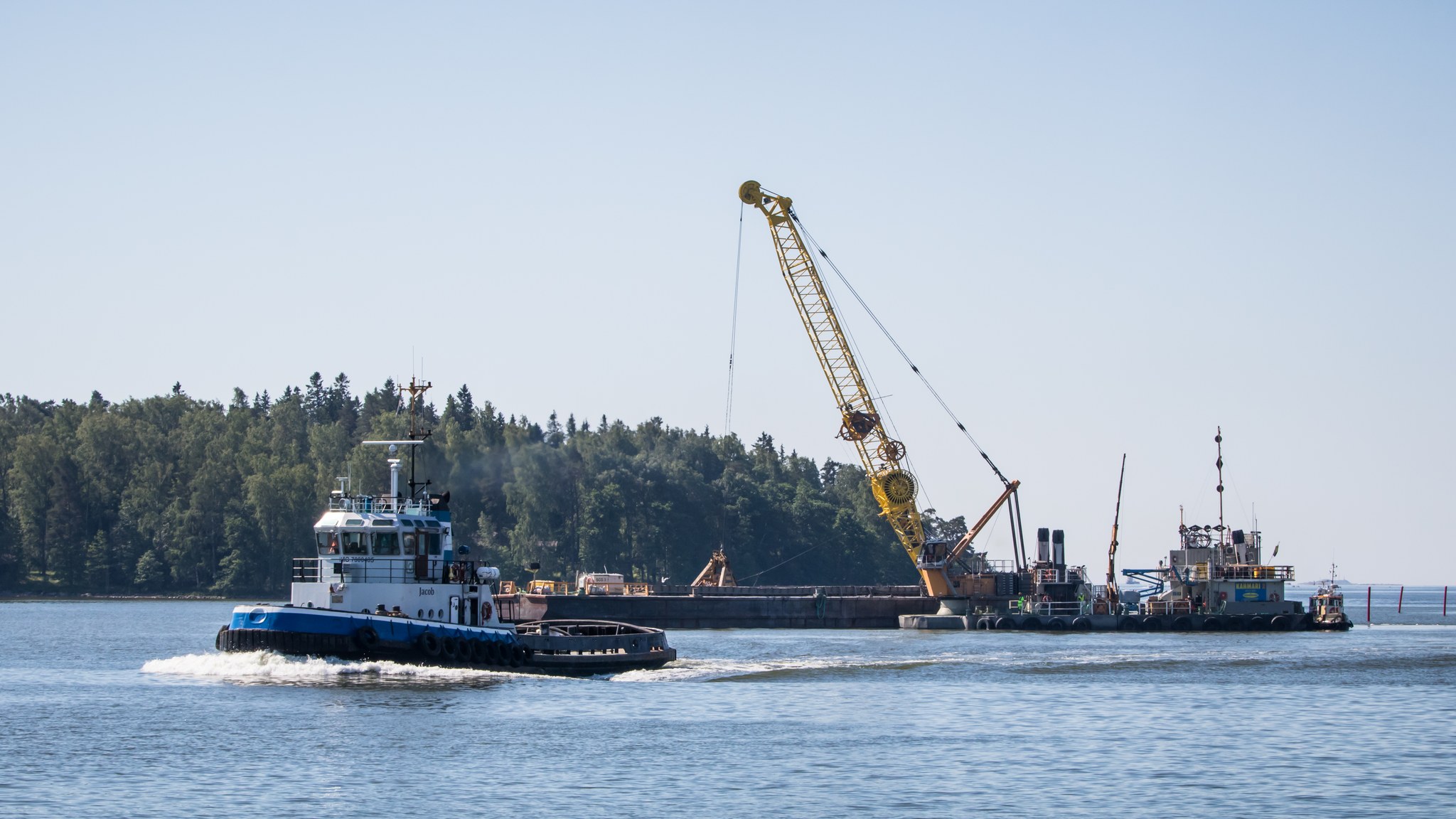 The deepening of the Vuosaari fairway and port basin in Helsinki was completed. A joint project by the Finnish Transport Infrastructure Agency, Port of Helsinki Ltd., and the City of Helsinki, this waterway project was completed on schedule, safely and below the original budget. The deepened fairway was introduced at the end of November.

In the project, the existing Vuosaari fairway and part of the port area was deepened from 11 metres to 13 metres. Deepening the fairway and port will improve the transport economy of container traffic and enhance the competitiveness of the Port of Helsinki. The deepened fairway enables nearly doubling the cargo capacity for some cargo vessels. This brings significant transport cost savings and reduces the environmental impact of vessel traffic.
During the project, a significant amount of soil was dredged, approximately 1.1 million cubic metres. Of this, 800,000 cubic metres of quarry material was recovered for new regional building use in the urban area. This is equivalent to approximately 30,000 truck loads. However, the material was not transported from Vuosaari to Hernesaari by road, but by sea, which reduced the environmental load, traffic disturbance and costs caused by transport.

The project remained below its initial cost estimate by about EUR 10 million:
"The biggest single factor for underspending the budget is the fact that the competitive tendering for the Vuosaari contract coincided with that for the Hernesaari dredging and filling contract of the City of Helsinki, which made it possible to submit a good tender for both. Moreover, the selected contractor, Terramare Oy, has high-quality equipment and experienced staff, and their work has been efficient,” says Seppo Paukkeri, Project Manager from the Finnish Transport Infrastructure Agency.

The major improvement of the Vt 4 Oulu-Kemi section was also completed on schedule. This project included a total of 11 improvement contracts in Kempele, Oulu, Ii and Simo. Thanks to the improvements, the traffic flow and safety have improved throughout the section.
The project included, among other things, 50 new or replaced bridges, and 45 bridges were widened or repaired. A total of 15 new bypass lanes were built and 10 graded intersections were either built or upgraded.

"The contracts spanned a long distance: the distance between the southernmost and northernmost sites is more than 100 kilometres, of which the construction work covered about 75 kilometres. The contracts were implemented gradually and in phases in order to reduce traffic disruptions,” says Project Manager Jukka Päkkilä from the Finnish Transport Infrastructure Agency.

The cost of the joint project between the Finnish Transport Infrastructure Agency, the Municipality of Kempele and the City of Oulu totalled EUR 170 million, of which the state's share is EUR 143 million. Such a large-scale project has also had a significant employment effect: "Overall, the project has provided approximately 750 person-years of work during the implementation phase. Most of the employees were hired from the nearby areas,” Päkkilä says.

Although the construction of the Vt 4 Oulu–Kemi section will now be completed, improvement will continue in the Simo area with a separate intersection improvement project over the next few years.

In addition to the Vuosaari fairway and Vt 4 Oulu–Kemi section, many other traffic network projects were also completed. In the railway network, the safety equipment ensuring the safety of train traffic was renewed in Kerava, Ylivieska and the Pietarsaari–Pännäinen railway section. The track was upgraded between Pori and Mäntyluoto and between Vuokatti and Kontiomäki. Railway bridges were renovated or replaced in Hanko, Pukinmäki (Helsinki), Imatra and Lappeenranta, among other places. The functionality of the Helsinki railway yard and the Jorvas station in Kirkkonummi were improved. A new raw wood terminal was built in Akaa, and the Uusikaupunki railway was electrified.

In the road network, a number of major projects improving traffic safety and fluidity were completed. Projects were completed, for example, on Ring Road I in Laajalahti, Espoo, on Vt 5 between Mikkeli and Juva, on Vt 4 between Kirri and Tikkakoski, and on the Turku Ring Road (E18) between Kausela and Kirismäki. On Vt 8, new bypass lanes were built in Laitila, Mynämäki and Eurajoki. The Ring Road I bridge crossing Turunväylä (Vt 1) was replaced in Espoo, and the infrastructure of the border crossing points was improved.