Investing in walking and cycling routes – how does paving them differ from highways?

The state has paved walking and cycling routes increasingly in recent years, but the number of paved kilometres is still well below highways. However, it is not worth comparing the different types of routes directly, as many of the larger and smaller details in their paving differ significantly. 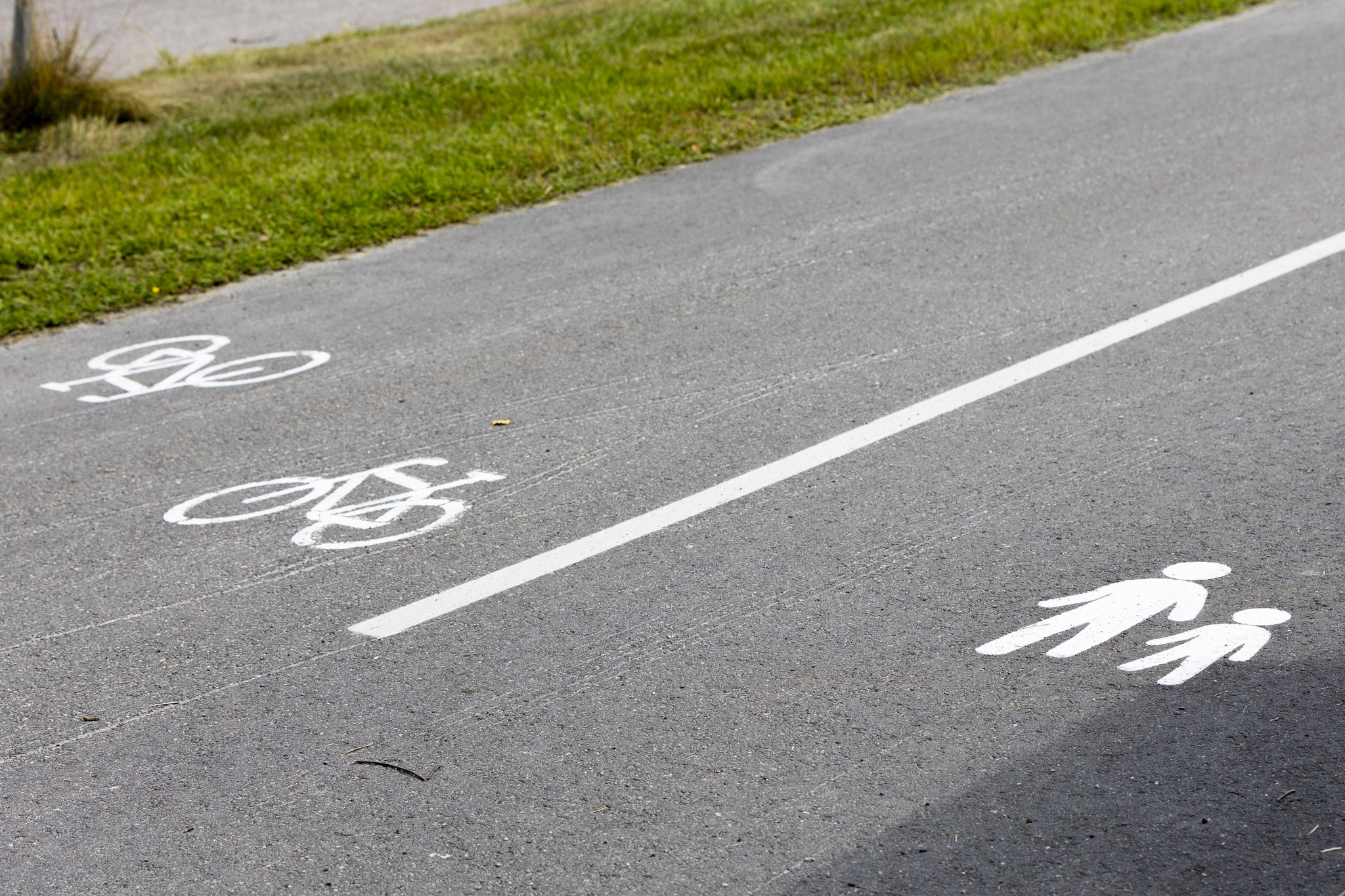 Walking and cycling routes are also an important part of a traffic infrastructure that is as free of disruptions as possible. The total length of state-owned walking and cycling routes is about 6,000 kilometres, of which more than 98% have been paved. The Finnish Transport Infrastructure Agency and ELY Centres make them easier to use both by building new ones and by repaving existing ones.

Previously, the amount of paving work for walking and cycling routes was clearly lower than at present. For example, during 2015–2019, the average amount of paving of state-owned walking and cycling routes was slightly over 50 kilometres per year. Since then, these routes have received more attention with more than 150 kilometres of new paving made each year.

“One of the underlying factors is the objective to increase the share of cycling as a mode of transport. Funding reserved for paving walking and cycling routes has been increased, and the aim has been to invest in their condition. In the coming years, the objective is to maintain the current amount of paving,” says Tero Lassila, a road condition management specialist at the Finnish Transport Infrastructure Agency.

But when are walking and cycling routes repaved? The amount of damage is often a decisive factor, but the route’s condition is assessed as part of the whole area. The most significant routes are prioritised, that is, the utilisation rate of the route and, for example, possible commuter cycling are considered when selecting targets for the paving programme. In most cases, walking and cycling routes are clearly repaved less frequently than busy highways.
“Walking and cycling routes are most commonly repaved due to pavement damage, such as cracks, potholes or unevenness. A busy highway, on the other hand, is most often repaved due to rutting caused by studded tyres. In other words, the most significant difference between different routes’ pavements is in the strain caused by traffic,” Lassila summarises.
Highway pavement’s price per kilometre may be up to four times higher than that of a walking and cycling route. The main reason for the cost difference is simple: the width of the pavement.

Even though an increasing number of kilometres have been paved in recent years, the figures remain low compared to the annual highway paving volumes. However, the paving of different route types is so different that it is not worthwhile to make a direct comparison. To begin with, there are clearly fewer walking and cycling routes than paved highways that cover approximately 50,700 kilometres in total. In addition, many details of the design, implementation and properties of the pavement differ significantly.

“The differences are caused by, for example, the width of the route being repaired, the costs of paving, the requirements for the use of the route and its mobility and transport needs, the properties of the pavement mass and the working methods used only for a certain route type.

For example, the Remix repaving method is only suitable for use on highways,” explains Ossi Saarinen, a road maintenance specialist at the Finnish Transport Infrastructure Agency.

“When paving walking and cycling routes, factors arising from the nature of the route, such as accessibility and the safety of different modes of transport, must also be considered. For example, traffic arrangements during the pavement work often require more detailed planning than when paving a highway, especially in urban environments,” Saarinen points out.

The overall condition of state-owned walking and cycling routes is similar to that of the highway network. Out of 6,000 kilometres, approximately 750 km have been classified to be of poor condition. The condition and damage of pavements are monitored actively in road maintenance contracts in each ELY Centre area and in separate pavement repair contracts. Feedback from road users is also continuously considered.

“The responsibility for selecting paving operations for both highways and walking and cycling routes lies with ELY Centres’ transport departments. To support the decision-making, inventory of pavement damage of longer routes and connection routes is taken every three years. In addition, the condition of shorter sections, such as bus stop routes, is monitored in maintenance contracts,” Lassila says.