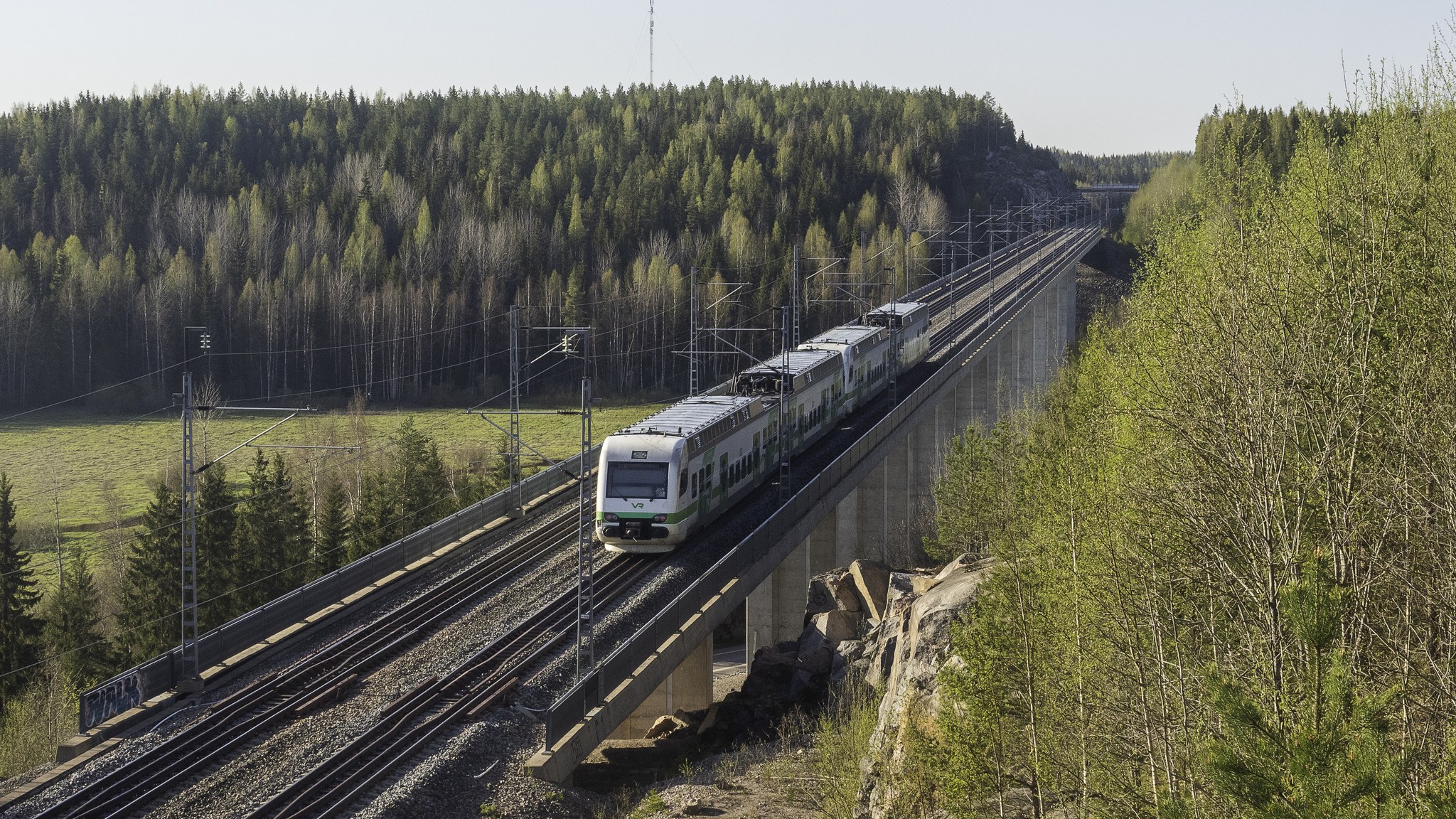 Finland is one of the first countries to adopt the open-standard EULYNX interface in railway network signalling systems. EULYNX is an initiative for the standardisation of various interlocking interfaces that began in 2014 and involves 13 infrastructure managers across Europe. The Finnish Transport Infrastructure Agency and its predecessor, the Finnish Transport Agency, have been involved in the work from the beginning.

Prior to Finland, EULYNX compliant interfaces have been introduced on, for example, the Norwegian railway network. In Norway, the introduction of EULYNX interfaces is related to a project in which interlockings and railway traffic control systems are upgraded for the entire railway network. What is special in Finland’s case is that the interface standard is applied to existing interlockings using an adapter. This inventive way of implementation allows old and new technology to work together.

“The standardised solution eliminates the need to implement many different interface solutions. That, on the other hand, expedites and simplifies the implementation, updating and further development of remote control systems in the future,” says Project Manager Jenni Petrelius from Fintraffic.

The Finnish Transport Infrastructure Agency put the creation of the interface adapter out for tendering. The successful tenderer was GRK Rail who took a new approach to the challenge.

GRK’s subcontractor for producing the interface adapter is Relesoft Oy. Relesoft is a start-up company that was established within GRK for this project. Application development is ordinary for start-ups, but the railway aspect brings its own requirements to the mix.

“We had two challenges,” says Director Markus Melander from Relesoft Oy and continues: “First, we had to focus on gathering knowledge about the standard and the railway sector. Fortunately, the EULYNX standard is very well documented and clear.”

“The second challenge was to build a safety-critical software on a tight schedule. We were able to make rapid progress because we worked in a hackathon-like environment. Nobody focused on anything but solving the task at hand. An environment like this produces good results and feels like a sports competition. Only thing that matters is the task at hand,” says Melander.

Melander is pleased that they have attracted enthusiastic application developers.

“The development of railway technology applications requires an extremely committed and motivated group of people. We managed to assemble a skilled group, and one of the keys to this success was setting up our own company. It is important to understand that we are competing for application developers in the global market. Every expert at Relesoft could find employment in, for example, Google’s top teams,” says Melander.

The new interface adapter is currently being tested on the railway line section between Oulu and Kontiomäki. The adapter and the new interface will be introduced in train traffic simultaneously during 2023.

The primary purpose of railway traffic control and signalling systems is to ensure that train traffic is safe and efficient. Signalling equipment ensure that trains run according to speed limits and are located where they should be, among other things.

A central part of a signalling system is an interlocking, which controls and monitors trackside equipment, such as signals and switches. An interlocking also transmits, for example, information on confirmed routes to train control systems. Until now, the different interfaces between an interlocking, other signalling equipment and traffic control have been implemented on a supplier-specific basis, and there has been no common interface standard in the field.

“The interface is like a dictionary and the adapter device in the middle an interpreter who interprets the message from a piece of equipment into something traffic control can understand, and vice versa. Due to the diversity of the equipment, there are many different interfaces, and in practice they have always been closed and created by the companies themselves. The standardised interface that has now been created brings a lot of benefits,” says Lehtola.

But what are the benefits? Standardisation of interfaces will enable a more efficient signalling equipment market and decreases dependence on equipment suppliers if it is possible to procure signalling systems as smaller subsystems. This becomes possible when there is a standard in which different components of the signalling system and traffic control communicate with each other.

“Previously, it has been almost a necessity to procure complete systems. In the future, even smaller companies will be able to offer only a certain component of the system, as it will be easier to fit different parts together. This will also have a significant impact on upgrading systems at the end of their life cycles. In the future, different systems’ life cycles can be managed separately. We are reducing dependence on equipment suppliers from the overall perspective,” says Lehtola.

Being able to fit different parts together is also advantageous because system updates become more agile. Signalling equipment technologies’ life cycle lasts typically for decades, but software and cyber security updates are needed several times a year.  According to Petrelius from Fintraffic, the coming EULYNX interface has been implemented using the secure RaSTA (Rail Safe Transport Application) protocol, which enables more secure communication between the remote control system and the interlockings.

The standard is also intended to improve the maintainability of signalling systems and thus the efficiency of train traffic. Interface adapters provide more, and better, understanding of system events.

Finland as a pioneer of railway traffic digitalisation

The interface adapter developed in Finland is only in test use, but it has already attracted worldwide interest. The farthest contact has come all the way from New Zealand.

"Finland has done something that has not been done elsewhere before. The upgrade of Northern Finland’s remote control system and the related interface adapter development are great examples of how public procurement can influence exports and the creation of innovative companies,” says Melander from Relesoft.

Lehtola from the Finnish Transport Infrastructure Agency agrees. “Taking a bold approach can result in failure or in the creation of something new and significant. In this case, taking a risk was worth it, and the money invested in the project will later generate significant savings and other benefits for railway traffic. Finland is a pioneer in this. We also want to actively promote technological development on the railways, which is normally a quite traditional sector.”