A range of new traffic signs may begin to appear on Finnish roads from 1 June 2020 onwards, when the new Road Traffic Act enters into force.

Around 50 new signs will be taken into use, with the exact number depending on how they are counted. These newcomers include signs for bicycle streets, charging points and merging of traffic lanes, all of which are also connected to new traffic regulations. 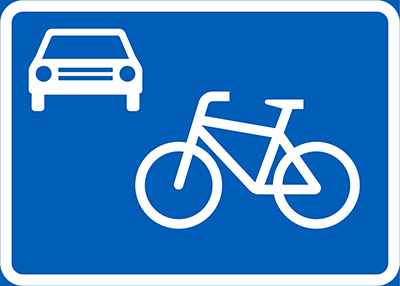 Picture: Charging point. This new sign is used to indicate the place for charging an electric vehicle. 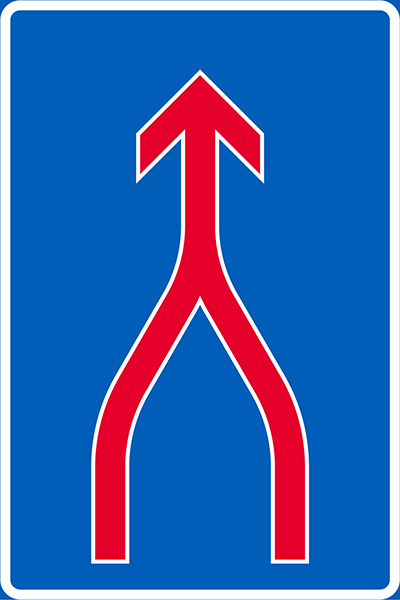 Picture: Traffic lanes merging. According to the zipper principle, the two lanes are driven on up until they end, and at the point where they merge the vehicles in the two lanes should take turns to join the new lane. This sign can only be used when two lanes are merged into one. It may also be used for temporary traffic arrangements.

Many new road signs for cycling

The reforms to the Road Transport Act takes into account both current and future transport needs. In particular, a number of extra cycling-related traffic signs are now available. In addition to the bicycle street mentioned earlier, these new signs include, for example, the bicycle lane sign and the requirement to give way to cyclists at road crossings. 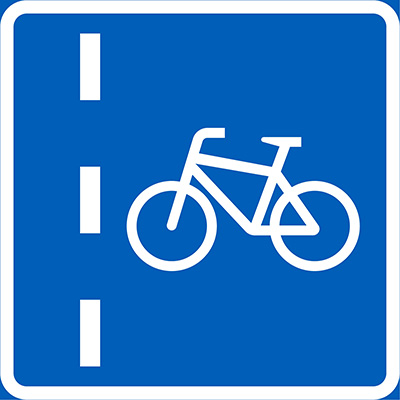 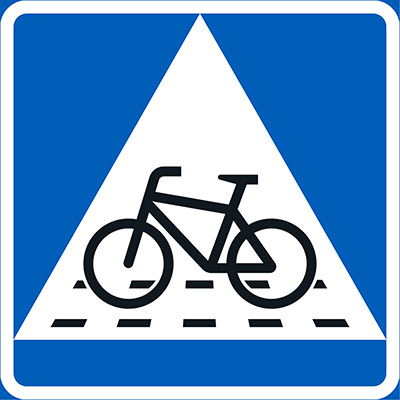 Picture: Obligation to give way to cyclists at a road crossing. This sign can only be used to indicate a structurally raised bicycle path extension. It could be used, for example, with primary cycling routes where it is not possible to use a give way sign with the intersecting traffic because of other traffic arrangements in place at the location. It is not used together with the give way sign or the STOP sign. If there is a pedestrian crossing in the same location, both signs are used. 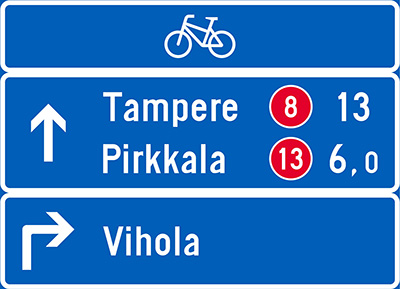 Picture: The advance direction sign for cyclists is also a newcomer.

The new Road Traffic Act also brings new opportunities. The Act allows, for example, for the use of certain signs to permit cycling in both directions on one-way roads.

Picture: These new signs indicate that the one-way traffic rule does not apply to certain kinds of traffic – in this case to cyclists. This traffic arrangement is also indicated using road markings.

Some of the new signs may be rarely used

Although the new Road Traffic Act introduces quite a wide range of new signs, some of them probably won’t be seen on Finnish roads on a wide scale. For example, the so-called 'studded tyre ban' sign will not be used on roads at all. There is also now a separate minimum speed sign, but no decisions have yet been made as to where this sign will be used. 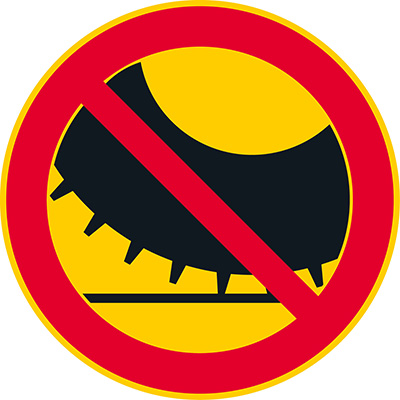 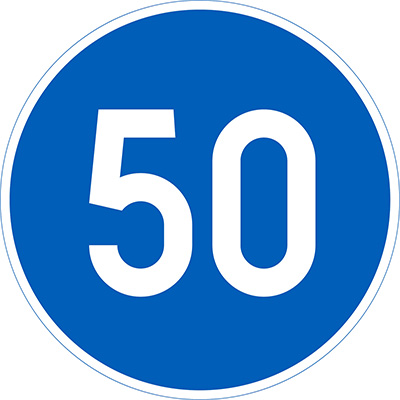 Picture: Minimum speed. Unless traffic conditions require it, the minimum speed indicated on this sign must be maintained on the road section where the sign is used.

Due to different calculation methods, it is difficult to give the exact number of new traffic signs. Several signs have different subversions – are these therefore different signs or the same one? And what about signs that were previously categorised as ‘other traffic control devices’ but now have traffic sign status? These include, for example, the sign for automated traffic control.

The above cases can be interpreted as either new signs, major changes or minor changes. 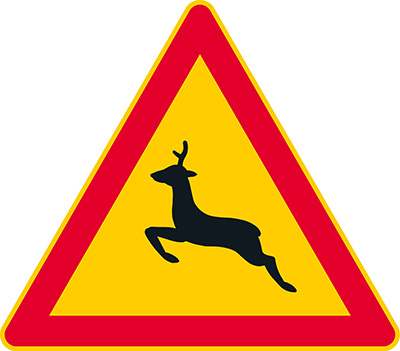 Picture: Deer warning. This label is a subversion of the A20 animal warning sign. Other subversions warn of elk and reindeer. 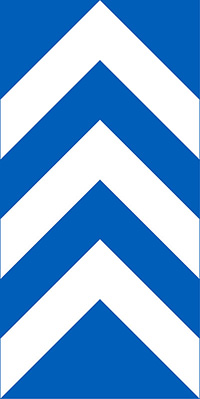 Picture: Exit lane sign. This sign indicates the starting point of the ramp that separates from the motorway or motor-traffic way or other similar exit point for an interchange. This sign will certainly be familiar to all motorists, but only now did it receive traffic sign status.

Where will the new signs first appear?

The principle is that signs are replaced when they come to the end of their life-cycle or when traffic arrangements require them to be changed.

There are some exceptions to these rules, however. Under the transition rules for the Act, the following signs must be replaced when the Act enters into force:

These signs will be brought onto the roads within a shorter timeframe, as previously the signs prohibiting cycling also applied to mopeds. Now the signs that prohibit the use of mopeds also include the image of moped.

How will Finns get used to the new signs?

In addition to completely new traffic signs, many old traffic signs have also been updated slightly in the new Road Traffic Act. The experts at the Finnish Transport Infrastructure Agency believe that, in spite of all the changes, the majority of people will intuitively understand the new signs.

‘I don’t believe that people will be left scratching their heads when they come across a new traffic sign. Of course, it is always worth updating one’s knowledge and reminding oneself of the meaning of the old signs,’ says Tuomas Österman, Road Traffic Control Specialist at the Finnish Transport Infrastructure Agency.

Traffic sign pictures and explanations (in Finnish) can be found on the Finnish Transport Infrastructure Agency's website: https://vayla.fi/tieverkko/liikennemerkit/merkit2020